Hey, everyone, it is Kim Kelley, your CEO and co-founder of Pepelwerk, the matchmakers of the working world, and today we are talking about wages. Wages are the biggest component of our working world. They give us the cheddar, the money, the dough, to do the things that we aspire to do. Sometimes, doing our work is just work, and the money that we get from doing our work, this applying our skills to jobs, is how we live out our passions and dreams. So, wages should be front of mind and figuring out who really is to blame for the wages that you get, whether you think they're good or bad, whether you think they're fair or not, that's what we're gonna talk about today on the podcast.

First question, who is really to blame for wages? And blame is such a dangerous word because it means it's your fault that wages are what they are. First of all, are wages really a problem to blame somebody for? Mass media puts Amazon, Walmart, Google, anybody who's the big gorilla, and their executive in the news around their compensation practices. Now, whether or not you think $10 is the right entry-level wage or $17 or $25 or whatever, your perception is about what is fair, right or equal, is not to determine who is to blame but really, to understand what goes into making the wage number what it is.

Are executives to blame? Yeah, ultimately they are because they set the tone for their wage policies. The government sets the minimum and your skills and the demand for those skills sets the growth potential within the wages that you can earn. It's not really a blame question, but who can control all of the wages within a business? It's the executive, it's the leadership, it's the business owner. I don't care if you're a one-man band, or you are Amazon or you are Walmart. It's your own ecosystem. Again, the government sets the minimums, you set the standards.

From a social perspective, going back to, what do we think is fair? What do we think is not fair? It really is such a controversial conversation because you have terms like livable wage and inflation rates and minimum wage standards by the Fair Labor Act, and really what those minimums are set for is, to prevent employers from taking advantage or exploiting employees for using their time and skills to advance their business purposes. So, if you're a high school student, and you're getting your first job at McDonald's, the number of people with your skills, or the ability to work at a McDonald's is broad, is big, so you're not providing a unique service, so wages are not going to represent the uniqueness of your skills.

Yeah, that is a philosophy, but if I'm expected to actually contribute to the economy and have what is now in conversation of a fair living wage, what do we base that off of? And the bases and the metrics and the conversation about what's right or what's wrong is infinite. So, be a part of that conversation just to be in the know, and what I'm telling you is, from an employer perspective, use it as a baseline still set the standards for the type of individual that you want to come into your ecosystem and the skills that you need to advance your mission further. And as talent, know not what you think you are worth, but what you actually bring to the table to get your job done.

So many times, I have been in conversations with people that, they have the skills, they can execute, they can do it. Whatever the task is, they can do it, but they have a work ethic that is worth something to the organization. Sometimes you can't go into a starter job, saying "Hey, I'm gonna negotiate for $2 more because I know I have a great work ethic. I know I can do certain things really well." You have to prove yourself and then proving yourself and proving what you can do and what you can bring into an organization gives you leverage to help change your wage position. So, socially, what's fair, what's not fair, lots of discussion around that. Our opinion, of course, is to be paid based on your skills, the demand of your skills, and making that match and [inaudible 00:05:23] a factor be a part of that.

How do you impact your wages? One, you can negotiate for, as a talent, you can negotiate for better wages after typically you have been inside of an organization and proven that you are bringing something to the table. Because, you really don't know at the beginning of a relationship, just like any other relationship, what is talk and what is not talk, so you asking questions of employers to ask for the golden pot at the end of the rainbow, isn't practical and unreasonable and delusional. So for talent, when you think about how you can impact your wages, think about what you bring to the table, and then take it from there.

The other part that everyone needs to be aware of and participate in, wages are impacted by taxes, the laws around employment, and the compliance requirements that the government puts in place. I earlier said that budget is a big contributor to what an employer has available for setting wages, and surprisingly enough, our government requires so much compliance, that the effort, energy, and systems that go into checking off boxes to be an employer and for you to be an employee, are a hefty line item on a company's profit and loss statement. And so when you say that you don't think that voting or being a part of the government system in the country that you are in, that's the number one thing that most people don't understand, those decisions are already made by the leaders that you've elected, or that you've passively let get into office, that impact what your take-home is to be able to use the money that you earn to accomplish your dreams, mission, and aspirations for yourself.

So, lots to think about when it comes to wages and how wages are calculated, who's to blame for wages, what is the social conversation around wages, pay attention, actively participate, not in conversations, but digest real information so that you know how your dollars, both as an employer and a talent are impacted when it comes to the wage conversation. As always, we give you the tools, it's up to you how you use them. 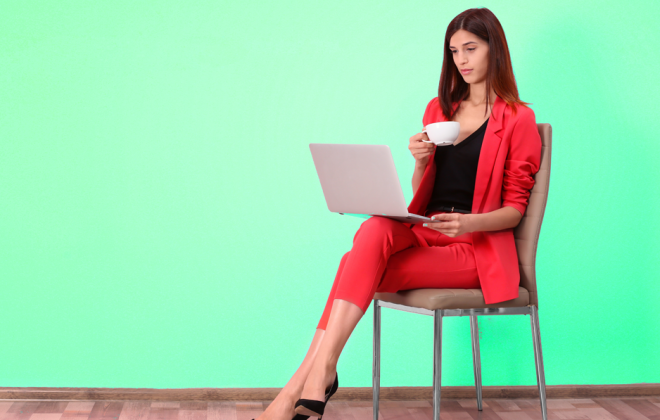 How to Advertise a Job Opening Using pepelwerk